Over the last decade New Zealander, Al Pitcher has become one of Sweden’s best loved stand up comedians. Sold out shows, television appearances and an army of fans. Al Pitcher is BIG IN SWEDEN.

Join Al on his quest to find out what being BIG IN SWEDEN really means!

Travel through the beauty of Sweden and be amazed by Giant Potatoes, Enormous Coathangers and Gigantic Cheese Slicers!

This is a journey of discovery, an insight into how a comedian finds the funny, and an affectionate tribute to the less well known side of Sweden, Al Pitcher’s adoptive country.

Al Pitcher may be a star in Sweden, but will he ever be as big as the Mjölby potato or the Edsbyn Bandy stick?

Big In Sweden was broadcast/streamed in Sweden on TV4/CMore between January 2020 and May 2021. It is now available On Demand on Vimeo and Plex TV

BIG IN SWEDEN is a low budget production, which has been shaped, conceived, argued over and created by Ben Kersley, Gustav Skogens and Al Pitcher.

Get in touch if you want to know more - about us or about the film.

If you'd like to see the film, show the film or support the film, please drop us a line and we'll get back to you with more info!

Looking forward to hearing from you!

Big In Sweden was created by
Ben Kersley, Al Pitcher and Gustav Skogens 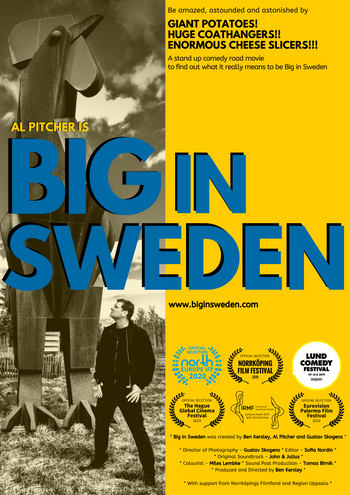 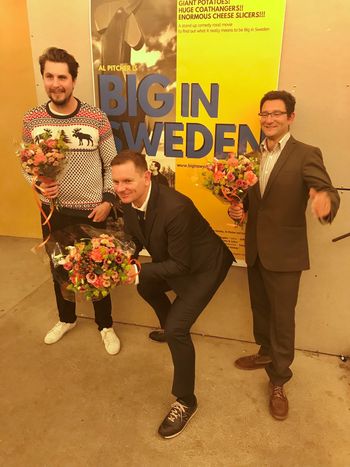 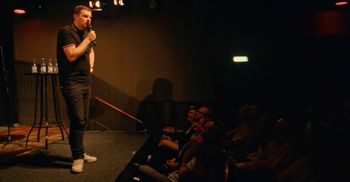 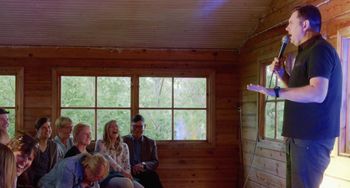 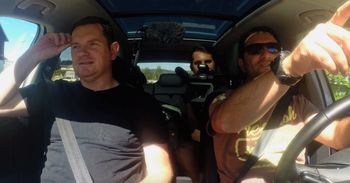 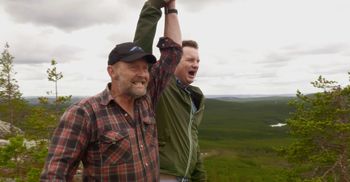 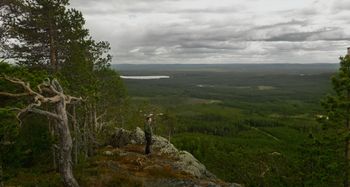 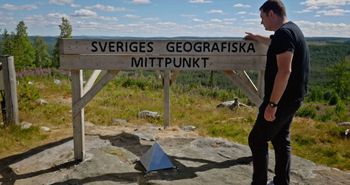 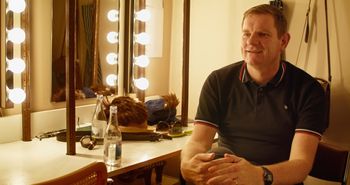 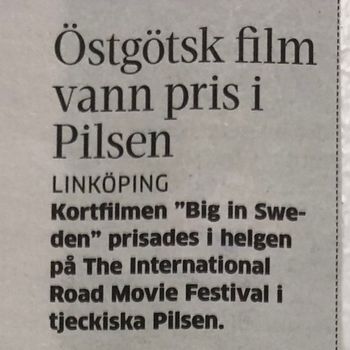 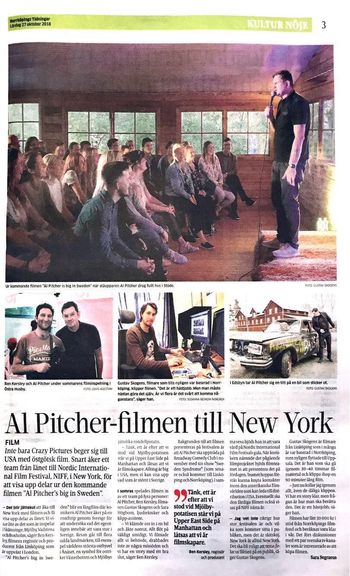 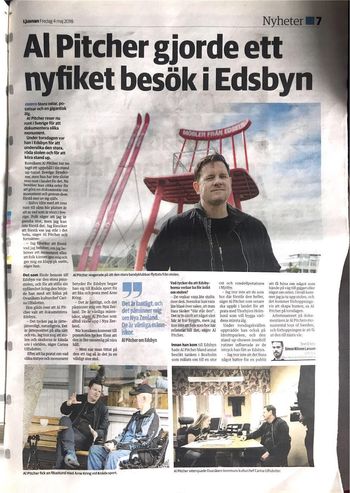 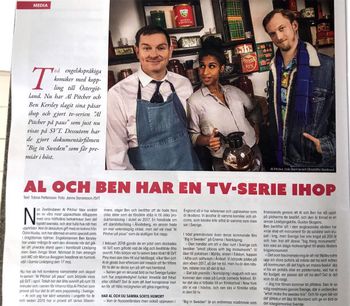 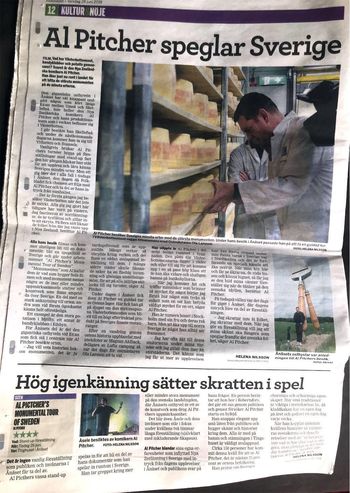